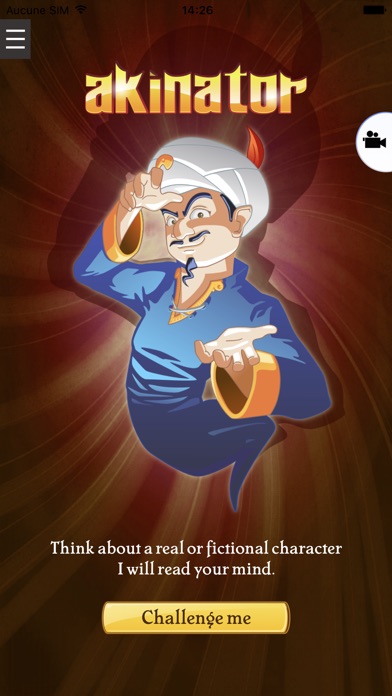 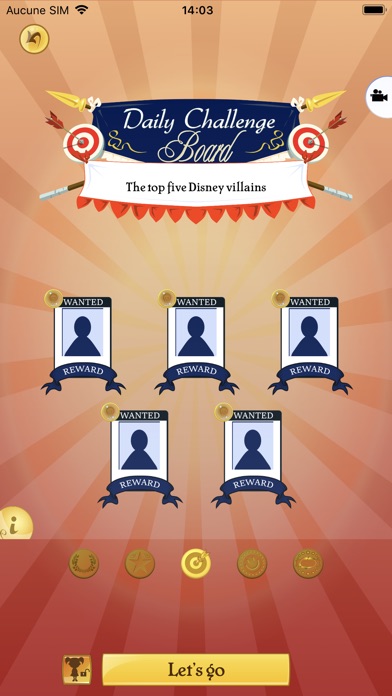 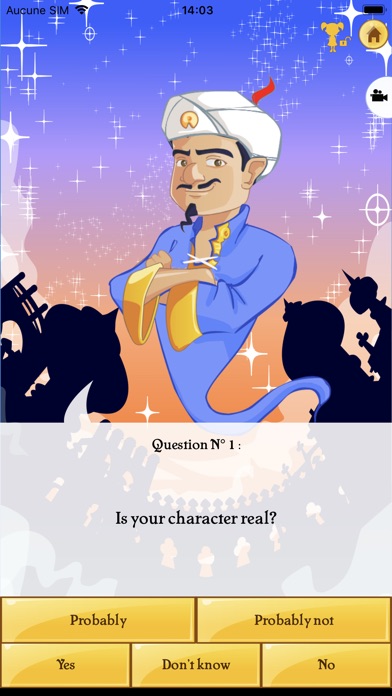 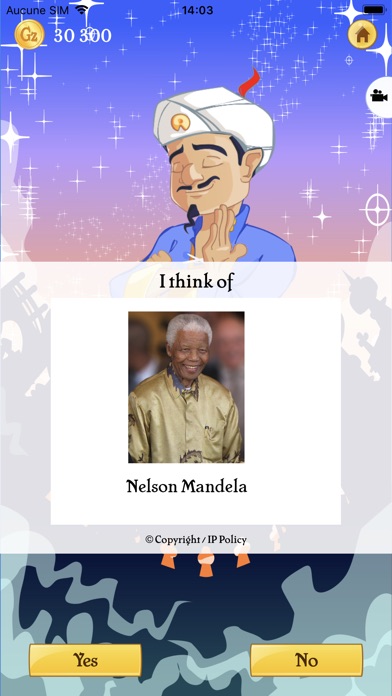 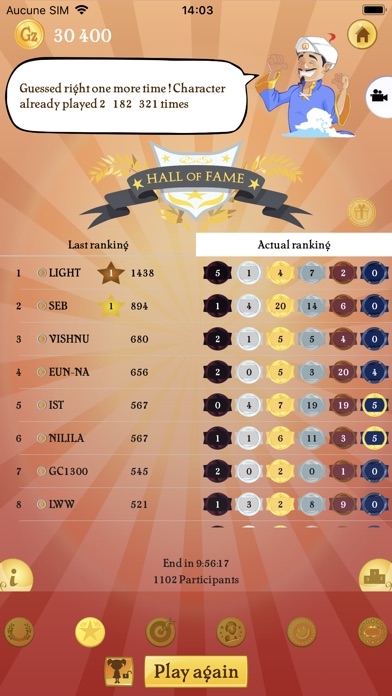 – Requires: iOS 9.0 or later.
– Yêu cầu: iOS 9.0 trở lên
– Appstore: $1.99
Akinator can read your mind and tell you what character you are thinking about, just by asking a few questions. Think of a real or fictional character and Akinator will try to guess who it is. Will you dare challenge the Genie?

Challenge your friends on the leader boards to prove who is the best. To let your children play safely, turn on the child filter.

GO IN SEARCH FOR AKI AWARDS
Akinator invites you to think outside the box. As you know, he likes to guess characters and takes up challenges ever more difficult. To do that, make him guess forgotten characters, who have not been played for a very long time.

UNLEASH YOUR CREATIVITY
Thanks to Geniz, you unlock and play with new backgrounds and customize Akinator as you want.The genie will turn into a vampire, a cow-boy or a disco man.

KEEP ON GUESSING
Each day, try to find 5 mysterious characters and win extra Geniz to customize your favorite Genie.

TRY OUT THE MyWorld EXPERIENCE
The talents of Akinator never end! Another surprise from the Genie: with MyWorld, discover a new way of playing. Challenge Akinator even more: make him guess who are your relatives and friends and gather them all into your own galerie MyWorld. Even better! Akinator can guess your friends and relatives even if you are not playing. Impossible?! Pass your mobile to your friends and try out the MyWorld experience… and be ready for the amaze!

Please note:
-Akinator requires an Internet connection to use his magic lamp. Turn on Wifi or be sure to have a data plan.
-Available in several languages (French, English, Spanish, Portuguese, German, Japanese, Arabic, Russian, Italian, Chinese, Turkish, Korean, Hebrew, Polish and Dutch)
-To select your language, dont forget to scroll down the list to find it.
-Universal version, also works on iPad.

FB Group
Facebook
Twitter
About FTiOS
The website was founded in November 22nd, 2016. FTiOS is a website about Apple devices and all utilities of it. All posts are about Apple like Jailbreak, iOS, macOS, tvOS, watchOS, Apple devices.
ftBlog
ftOS
ftOS VIP
Copyright © 2019 FTiOS Team